There’s nothing quite like experiencing the solidarity of a community.

An aspect of our job that we probably overlook quite often, is just how close and personal we are invited to come into contact with different types of communities, whether they be employees at a company party, or gamers at one of the PAX conventions we go to, or specifically, this past weekend, the LGBTQ community.

It was beautiful to see that amount of love, friendship, and solidarity being celebrated. I now have a better understanding of why they call it Pride.

That being said, it was clear why everyone was there: to have a good time. And a good time it was. We were invited out to set up one of our booths. First off, let’s just say that nobody loves our photobooth as much as the LGBTQ community. We set up our Light Painting booth at Scandal’s annual Pride Block Party. The party lasted three days. Unfortunately we were only present for two of those days, but we had the best time. Being a block party, we were set up outside, inside of a pitch black canvas tent, in which we had our iClick ready to go, firing off photo after photo. But we weren’t just taking pictures, we were also painting. The emphasis of the pitch black tent is the whole magic behind the Light Painting booth. In the blackness of the tent, we had the party-goers waving LED lights around, painting with light. Streaks of red, white, green, and blue could be seen from a hundred feet away, attracting more and more curiosity and excitement. As guests created works of art with their light trails, we were able to instantly handout prints, a perfect souvenir from the weekend.  This print is a memory of a moment of happy times and community! 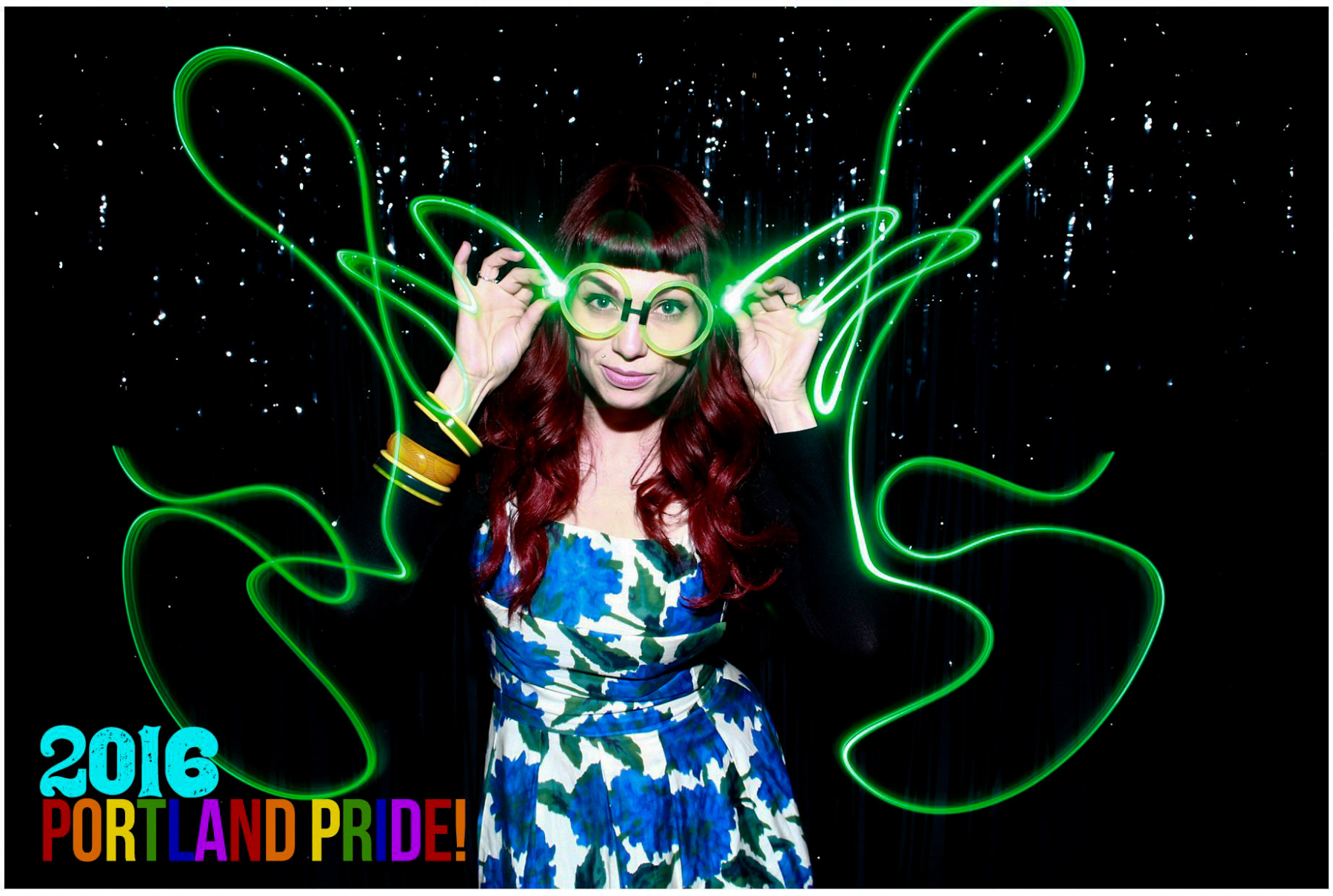 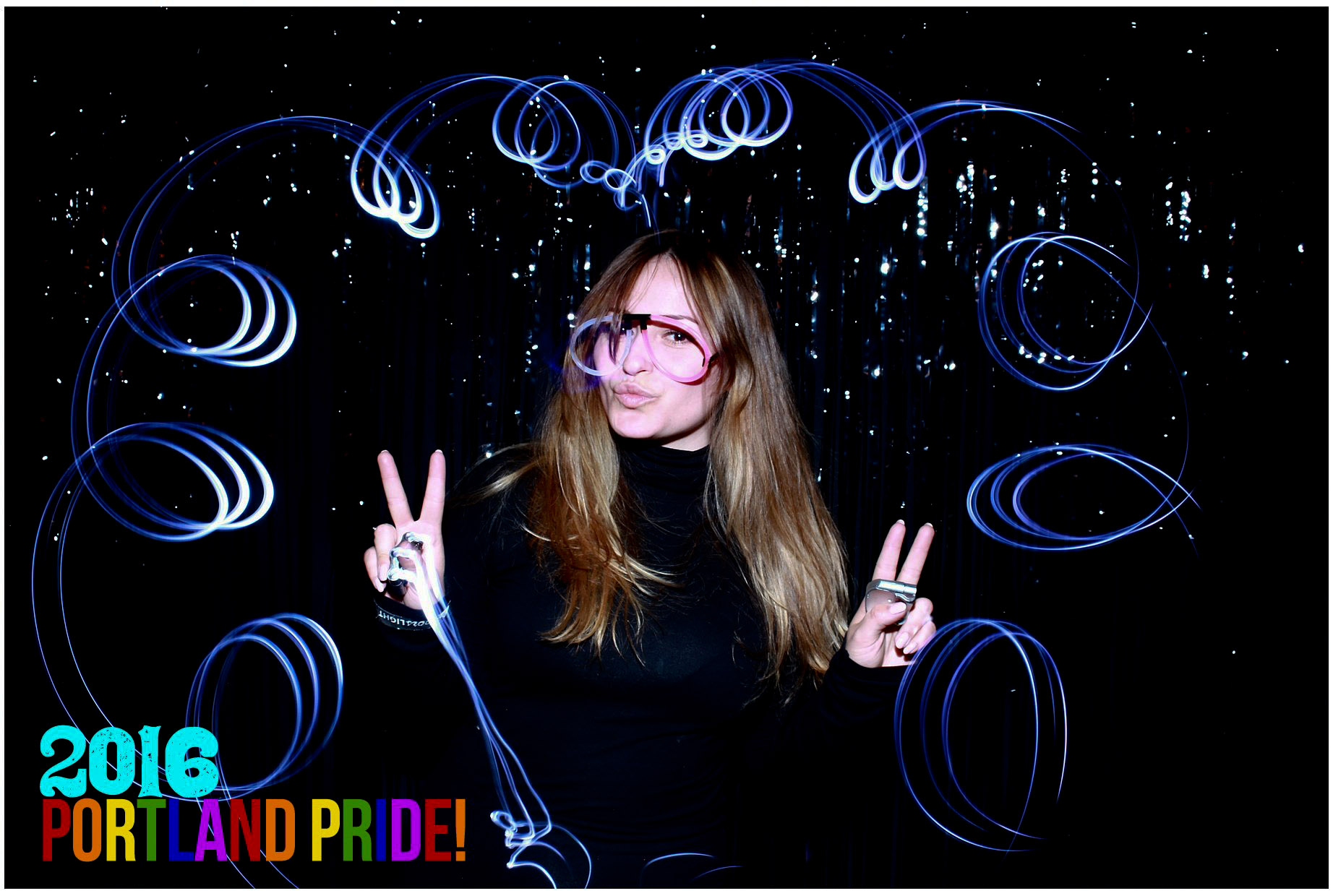