Here at Limelight we are PAX veterans, and three times a year we get very excited as the gaming convention approaches. We have done several types of booth for PAX throughout the years from the very basic photos with prints, to 3D Lenticular Holograms. This year for PAX East in Boston, MA we were brought on by Microsoft One Drive. One Drive was working in conjunction with Age Of Empires to promote the new mobile version of the game Age of Mythology.

We split the booth with AoE Gaming demos. On our side we had a green screen fully equipped with battle axes, spears, and Thor’s Hammer, because really isn’t that what everyone needs in a picture? Yes. Our green screen transported PAX attendees to distant medieval or mythological lands.

Our lines were long all three days, but worth the wait to fly though the air with Thor in Age of Mythology. All images were uploaded to the Microsoft One Drive, and attendees could download all of their mythical scenes! We had great fun coming up with innovative ways to use a spear and arrow, and got to see tons of fabulous cosplay enthusiasts.

We thank One Drive and Age of Empires for having us provide a green screen photo booth during PAX East and can’t wait to be back in Boston for next year’s expo!

OH! And they announced PAX South this year, which will be held in San Antonio, TX… so I suppose we’ll see ya soon Texas! 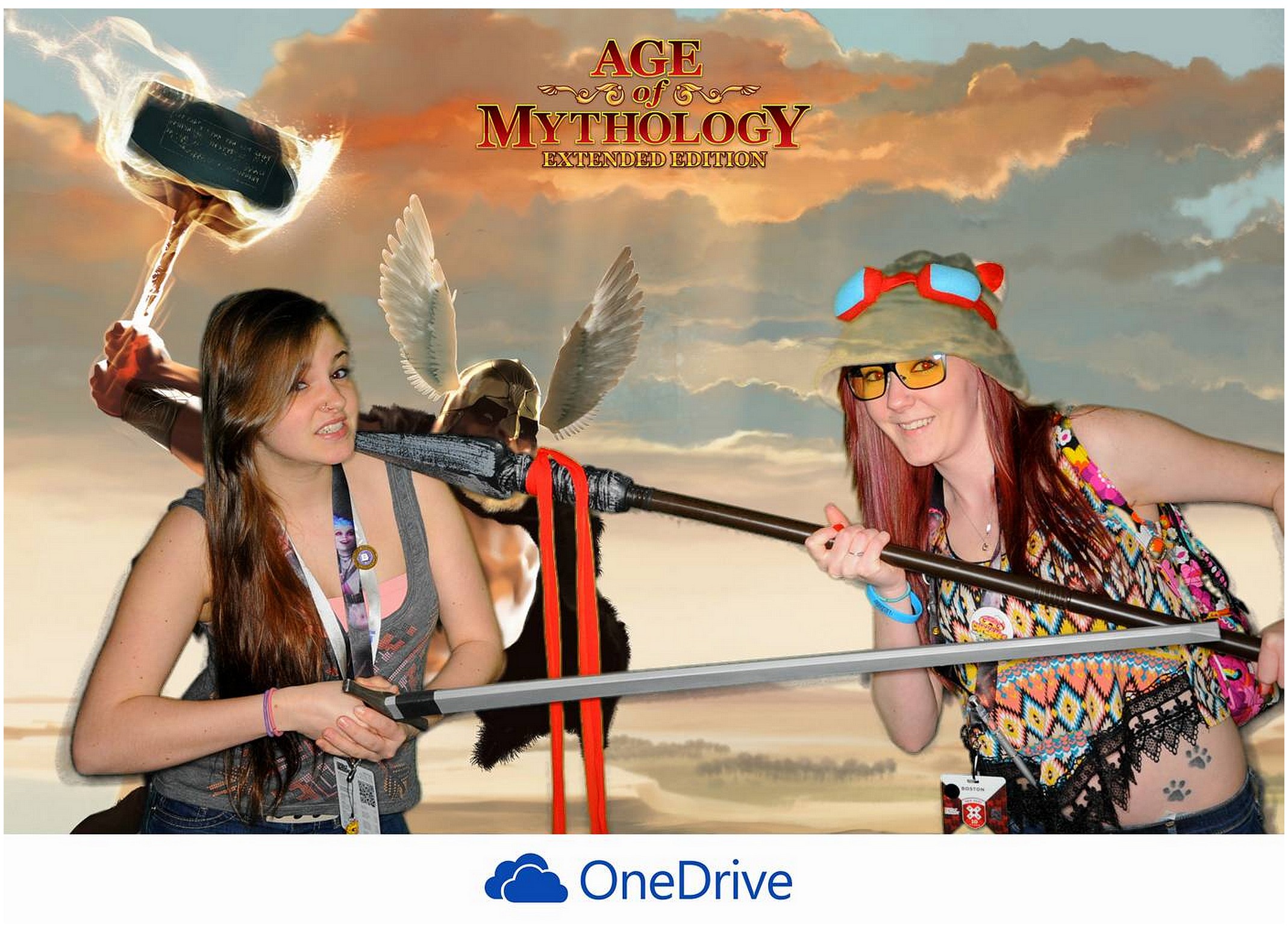 Link to all one drive images from the Age of Mythology green screen photo booth from PAX East
Gallery Photos
« PAX South Announced for 2015 » Where do I find backdrops for my photo booth?