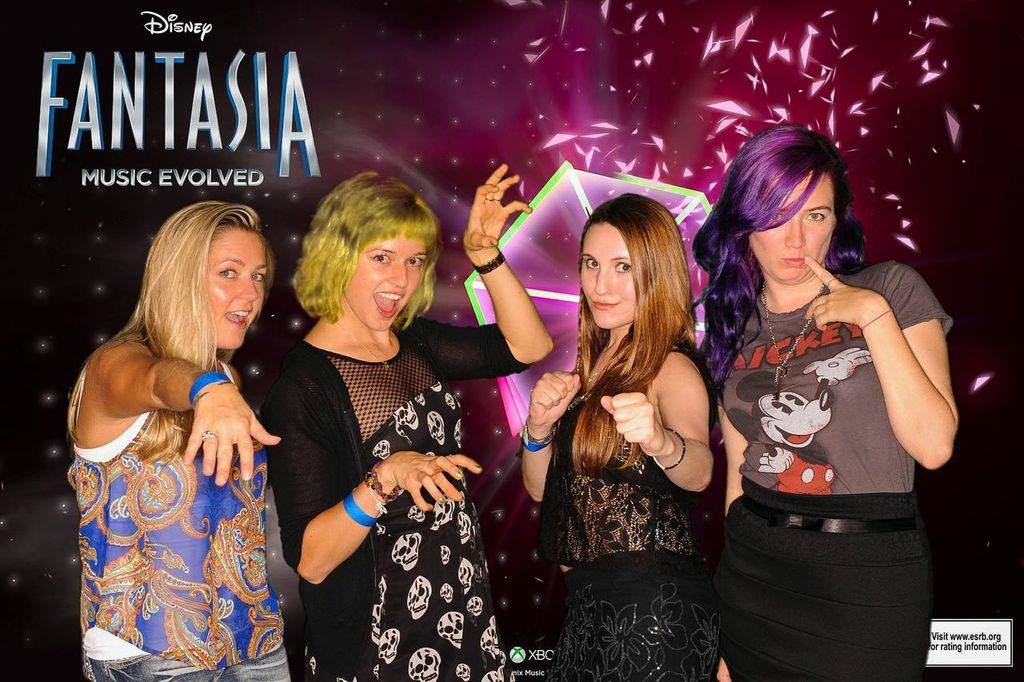 One of Four Green Screen Backgrounds to Choose From

The Dust has finally settled from PAX Prime this year in Seattle, Wa. We had 4 teams working booths for several different companies both day and night. On Saturday we pulled a double shift working all day on the expo floor, and then setting up at Axis for the Disney Fantasia After Party.

The high end party in downtown Seattle was put on By Disney Interactive and Harmonix, to promote their new game for xBox 360, Disney Fantastia: Music Evolved.
Our Job was to provide a fun and interactive setting while people were waiting to play the new game. We set up a studio green screen photo booth, with instant printing and posting to facebook and twitter.
Disney supplied the fun backgrounds, which were of different worlds from select movies.
The party went late into the night, and lots of people came through the booth. There was delightful food provided and the space at Axis is very rustic and modern all at once. You can see a re-cap of the night also on the Harmonix Blog here, and see all the pictures from the night!
Thank you Disney and Harmonix for having us!

Another PAX is done for the year, see you soon for PAX East Boston!