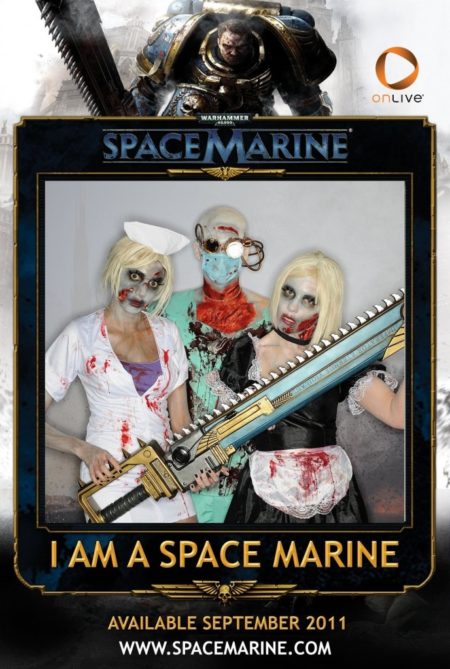 Cosplay Characters at the Photo Booth

As we often do, this year we had several teams working different booths across the expo floor at PAX Prime in Seattle, WA. One of our photo booths was at Warhammer 40k, where we had a standard red carpet photo booth setup for the promotion of third person shooter game, Space Marine. On September 6th you can purchase Space Marine for Windows, Play Station 3, or Xbox 360.

Not unlike years past, we had quite a few elaborate cosplay enthusiasts at the booth ready for their photo op. Everyone loves a good PAX Photo Booth though, not just the costume clad. We had hundreds of photo sessions during our stay at the Warhammer 40,000 booth.

Our red carpet photo booth set-ups come fully equipped with professional studio lighting, and a friendly, game loving attendant to help capture the best picture of each guest. Everyone walked away with an instant print of their experience at the Space Marine booth.

We look forward to PAX East and hope to see some of you all at the biggest gaming expo in the country!